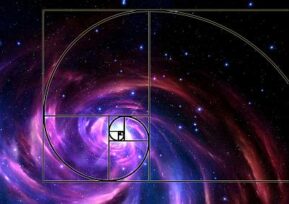 I’ve been making covers for my books using Blender 3D from the very first one released back in 2015. I don’t consider myself a fantastic artist (my drawing skills are at the scribble level!) but I’ve got reasonably good at modeling, texturing, and all the rest of the things needed to create mostly pleasing images. […] 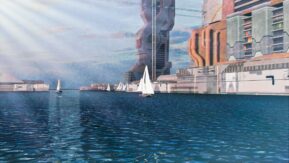 A short while back I posted this image on social media, for no other reason than I thought it had a rather attractive look to it and I was pleased to have such a “happy accident.” You’ll see shortly why this was an accident, but first here’s the image: Quite pretty, I thought. But how […]

When I’m writing a story I build up a collection of images that act as references for what’s in my head.  Much of the time these are things I find on the web, but as I write science-fiction sometimes I just can’t quite find anything that looks right. Or sometimes I want to work through […]

A little while ago I set myself the challenge to only use open-source tools for all my graphics work. The reasons for this were varied. Some tools that I’ve used in the past such as 3DS Max are simply way beyond my reach, while some others (Adobe’s Creative Cloud)–while not completely unaffordable– are still expensive […]

“And that is called paying the Dane-geld; But we’ve proved it again and again, That if once you have paid him the Dane-geld   You never get rid of the Dane.” – Rudyard Kipling There’s been a recent trend where many companies, especially in the area of software, to make their products subscription-based. Some of […]