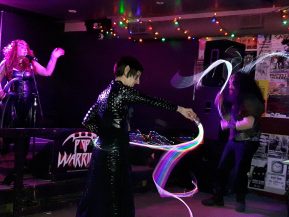 As I’ve mentioned before. I mostly use Scrivener for my writing. Because I want to work on multiple computers/laptops I have made my Scriv install as portable as possible, by running it from a flash drive. One other useful feature in Scrivener is the idea of template projects. When you start the software you get […]