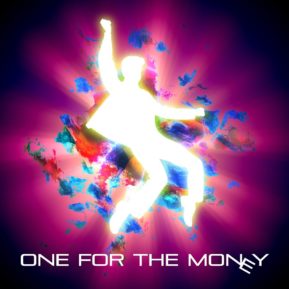 “Good morning.” Garcia examined the patient’s charts and made a small satisfied grunt, moving closer to the alter-like treatment bed that dominated the dimly lit room. “You are Elvis.”

“Specifically, you’re Elvis VII, the seventh produced since this project started. Though the first two were stillborn and technically don’t count.”

“I’m all shook up.” Elvis looked around, his eyes unfocused as if not really taking anything in.

Garcia sighed. “A little disorientation is to be expected. Until ninety minutes ago you were in an Accelerated Growth Chamber. You have been maturated to the equivalent of twenty-seven years old. Throughout this process your brain was deliberately isolated while we implanted all memories and personal history available.”

“You are not the Elvis. You are our product and belong one hundred percent to Real Superstars Incorporated in perpetuity.”

“You’re the Devil in disguise.”

This is going to be more difficult than we imagined, thought Garcia. The memory implants need more time to settle. “Get some rest. I’ll be back later.”

“Thank you. Thank you very much.”

The car pulled up next to the shadowed figure buried in a black trench coat, its headlights casting bright glimmers on the damp asphalt. Garcia wound down the window, grimacing at the smell of stale food and who-knew-what-else that immediately invaded the air-conditioned interior. It wasn’t the best of neighborhoods. “Get in.”

Elvis crouched, ready to run. “Got a lot o’ livin’ to do and it ain’t happening back at that monkey house. No, sir.”

Garcia stepped out and approached with his hand outstretched. His shoes stuck to the pavement with each step, and he had to fight to conceal his disgust at what he was stepping in. Elvis had improved but still had that annoying speech habit. Perhaps it was inevitable given the training, but he wished it would stop.

“You’ve already been spotted. How far do you think you’ll get on your own? Several reports have been picked up by the news.”

“I’ll be home for Christmas.” Elvis wiggled his hips. “It’s now or never. When I think about what you boys are planning… If I don’t get out now, I’ll be nothing but your whipped pup forever. I played that role too many times for the Colonel – I ain’t doing that again.”

A dog howled in the distance, sending chills up and down Garcia’s back. He didn’t try to point out that the Colonel wasn’t part of this Elvis’s life. Conversations of that nature only ended in more confusion. “We aren’t ready for that kind of exposure yet. These things take proper buildup and preparation. Breaking cover now could ruin our plans. You wouldn’t want that would you?”

“Don’t Cry Daddy. You can make another me in ten minutes, I’m sure.”

More like ten years, Garcia thought. Too much acceleration had ruined the previous Elvis versions. If this one didn’t work out, it would probably be his last chance to complete the project. “Please Elvis. We start performance and recording training next week. You’ll enjoy that, it’ll be fun.”

“That’s what you say, but I’m lonesome tonight.” Elvis looked away, his eyes low. “You folks plain forgot that there’s a whole sentimental me. I’m a man, I don’t have a wooden heart.”

This again. He’d told the Board they should let Elvis have some companionship, but they thought it would be too much of a distraction. Now it was going to ruin everything. If only he could arrange something. Wait, there was the “sister” project. That would be perfect, and she was mature enough now. “Come with me and I’ll arrange a treat. A special lady by the name of Paris. She’s not much of a conversationalist, but I’m sure you’ll find errr… other things to occupy your time.”

“Certainly, my boy. You deserve it.”

Garcia smiled. It was a tremendous opportunity and would help Paris IV’s development too. How could the Board possibly find a problem with that? It would be controlled and discreet.

“Alright, okay, you win.” Elvis barely resisted as Garcia guided him into the warmth of the car.

Garcia burst from the studio, brushing sweat from his forehead. How was it possible? After all the work they’d put in. He had instructions to call the board as soon as the first session ended, but how could he break the news? He leaned against the wall, trying to control his breathing with little success.

His fingers trembled as he punched in the number, hoping no one would answer. Then the display lit up, showing the chairman and entire board, their virtual faces floating around the darkened office like ghosts.

Garcia swallowed hard and tried not to retch.

“I’m sorry, Mr. Chairman. Please give me a minute.”

“What’s wrong?” The chairman scowled. “Is there a problem, Doctor Garcia? I thought you’d allowed for all possibilities. You have the best voice coaches, don’t you?”

All the voice coaches in the world couldn’t fix the caterwauling and incoherent grunts I’ve just witnessed, thought Garcia. The studio door opened, and one of the sound technicians ran towards the restroom, hand clamped across his mouth. For a moment Garcia heard the tortured wails again and tried desperately to shut his ears.

“Good grief!” The chairman’s face filled the phone screen. “Was that…?”

Garcia nodded. “Live performances are out of the question, Mr. Chairman. Miming may be possible, but it will require a lot of coaching.”

The chairman waved his fist. “No new material? That will cut potential profits by as much as forty percent. How could you let this happen? You’re supposed to be the best. You’re finished, do you hear? Finished!”

Garcia withered. Perhaps he should reconsider the Regan proposal, though he hated the idea of working in politics. “There’s always an element of risk in genetic manipulation, Mr. Chairman… Perhaps we can use enhancement techniques. The computer guys are getting pretty good at that.”

“What good is an Elvis that can’t sing, you idiot?” The chairman reddened. “Is anything salvageable? How were his general performance skills?”

In Murphy’s Law (also featured in Dead Reckoning and Other Stories), one of the characters was involved in a military operation where she saved “Elvis VII”. This was meant as nothing more than a random piece of “historical” background to add depth to the character. The implication was that somehow Elvis was reborn or cloned. My wife, Hilary, picked up on this and asked right away what the story was behind Elvis VII and when was I going to write it.

I resisted the idea for a long time as I’m really not an Elvis fan, but she continued teasing me and bugging me about it. Then—in a flash of inspiration (or madness…) —I had the idea of the clone being programmed with everything from the original Elvis’s life and speaking only in song titles. I thought initially that would be hard, but after doing some research, I realized that Elvis had recorded so many songs that it was very achievable. The story almost tumbled out after that. 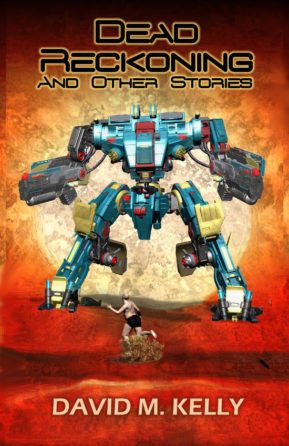