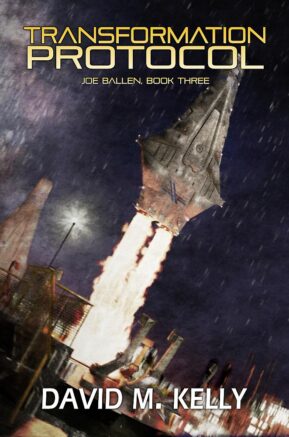 This author gives us plenty of excitement and quite a few oh crap moments that will have you turning the pages for more. I love this author's style.

STK
What a ride! Joe Ballen is a space cowboy! This book is exciting beyond belief. Very well written, with unexpected twists and turns Wonderful character development.

Change can be deadly!

With his life crumbling around him, Joe Ballen is close to going out in a blaze, fueled by cheap alcohol and self-hatred. But when something “out there” starts destroying spaceships and stations, the only JumpShip available to investigate is the Shokasta—locked away by Joe in an attempt to get justice for his family.

But when an old friend offers him the chance to return to space in the hunt for a missing ship, it proves more complicated than either of them imagined. With all sides of the political spectrum looking to grab a piece of the newly explored star systems, Joe soon realizes that some people will go to any lengths to get what they want, and are willing to sacrifice anyone in the process.

And when Joe’s past catches up with him in a way he couldn’t have seen coming, he must battle enemies new and old as well as his own inner demons.