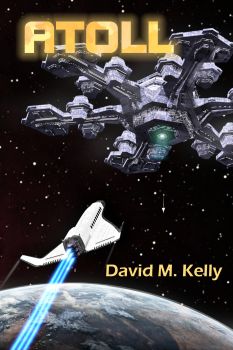 “Do they really think they’ll get away with it?”

Several people nearby looked towards Guy Addison as his voice carried further than intended. The brightly lit gardens were a place meant for quiet reflection, unaccustomed to the strident tones of indignation disturbing the mild breeze.

“Your reaction is predictable. I understand the decision, even if I don’t necessarily agree with it.” Fyrn Moriaby spoke softly. “We’d fail our social responsibility if we continued allowing uncontrolled immigration.”

Addison felt himself bristle despite the respect he had for his long-time friend. Fardosh-Baird immigration policies were not within orbit of being”uncontrolled.” Like all Atolls, they maintained strict rules of entry. Fyrn’s job was managing that in fact. The only difference between them and the other Atolls, up until now, was that they would at least consider immigration applications from Earth citizens.

“It’s blatant discrimination. We don’t have a choice where we’re born. We aren’t as lucky as—” Addison caught himself before he slipped into a personal attack, “—as the people of the Atolls. We’re stuck on Earth. If you and the others stop immigration, we’ve nowhere left to go.”

Sorry, this story is no longer available.