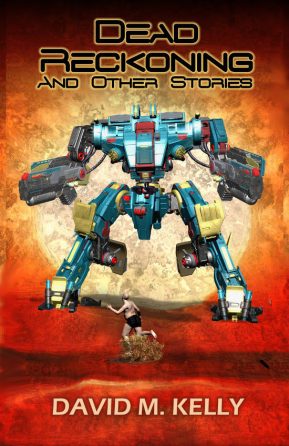 Hector Tren-Hump smiled as he lay on the dais waiting to die. The projected MemChron of his life flashed around him as his memories were downloaded, cataloged and indexed one-by-one into the glowing LifeCube hovering just above his forehead. Now and then he heard the gasps and collective ooh’s of his assembled family as the Cataloging threw up a LifeScene they recognized.

He laughed as an image of Miley-Ellyn filled every screen, her chubby face looming close as he held his first born, moments after she’d entered the world. The delicious scent of her fresh baby skin replaced a few seconds later by the stench of cheap cigars. Monty, his first business partner appeared, skinny features whitened and drawn.

“You can’t Hector, it’s not right. You can’t fire people just because they strike…”

“Of course we can,” Hector sneered. “Effective human capital management will optimize our profits to over three hundred million. How can that be wrong?”

“Sure, sure. And ten thousand Thingamese that would otherwise starve get work. Sentiment has no part in business. You know that, Monty.”

“But the Unions? They won’t stand by and let this happen.”
Hector let out a disparaging grunt. “Those guys are like anyone else. All you need is the right leverage.”

“You can’t buy everyone, Hector.”

“And the virtual services? We said they were free and now we’re selling the clients down the drain to every marketing company going.” Monty scowled.

“Those idiots? Listen, if you’re not the one paying, you’re the one getting sold. Even a half-wit knows that.”

Another montage of LifeScenes appeared as the memory of Monty blurred with many similar ones, the Cataloger automatically indexing the events according to the priority Hector’s neural pathways gave them.

Hector lingered on the deal with Monty. Damn he was proud of that. They’d made a commission of fifteen million each that year alone. Monty had handed his share over to some ridiculous charity, but for Hector it was a stepping stone to more extensive projects with ever bigger percentages. That was what had put him in the position he was in now.

As the brochures said, MemChron was just the beginning.
After all, anyone with the smarts to put together a couple of hundred K could afford MemChron. Then, when the big day came, they could parade their LifeScenes in front of family and friends, recording them so that their nearest and dearest had a complete record of their life experiences.

So what? Like life insurance, it didn’t help you.

But, if you wanted something really special…

“As one of our Select Mortizens you will enjoy unparalleled freedom to indulge yourself in Elyzium. LifePlus has over thirty years’ experience in assisting our clients to live their deaths to the fullest. We honor the people we serve with quality as our cornerstone and integrity, respect and compassion as our building blocks. It’s like Life, only more so.”

What did they say? If you have to ask the price, you can’t afford it. But, if you could, there was Ascendance.

“Yes Sir, Mr. Tren-Hump. Ascendance in no way interferes with your life-span; you are absolutely guaranteed to get every second coming to you. In fact you may get a few seconds not coming to you.” Indulgent chuckle. “Once diagnosed as terminal and, with your consent of course, you’ll be brought in to LifePlus Inc’s own facilities, where you’ll be given the utmost care.”

“First, you’re stabilized so that we can manage the LifeScene Cataloging. It’s a beautiful ceremony, Sir. I can tell you that many times I’ve wept at a client’s cataloging. Family and friends can attend, of course. Some clients like to invite their hmmm… rivals too, in order to… share… the glory of Ascendance.”

“Once brain core shutdown is detected, the final transfers are completed and your new life begins. You become a LifePlus Select Mortizen, maintained forever in our Elyzium servers. You can continue life’s journey for as long as you care to, free to pursue your interests, free to indulge your ambitions and desires in any way you choose.”

“Yes, of course, Sir, you can keep in contact with your family. Most Select members find they enjoy themselves so much they don’t feel it necessary, but that’s entirely at your discretion.”
Hector rubbed his wizened hands along the fine grained leather of his luxurious chair; he would even be able to keep his feckless son in check.

“That’s right, Sir. Now if you would just care to make your gene imprint here…”

Gloating over his enemies wasn’t necessary; out-existing them was revenge enough for Hector. All he wanted was to ensure he — and his fortune — continued. As a Mortizen, he had no real power, but he had no doubt he could direct his descendants appropriately.

The rousing strains of the classic “My heart will go on” lilted from hidden speakers and tears welled up in Hector eyes. The LifeScene showed him marrying Kaydianne, despite both his children’s objections and his first wife’s tears. Kaydianne’s cleavage swelled up on the display, filling his world with a pink flesh sky, her heady perfume warming his nostrils, and then…

“A wonderful introduction to a fun, new Canadian author.” – K.C.

“I have no trouble recommending this collection to anyone who likes good science fiction, with a tiny little touch of horror thrown in for spiciness.” – Joe Fumitaka, MySFReviews.com

“Dead Reckoning definitely gets my recommendation. I’m curious to check out more of this author’s work.” – C.S.

“Science fiction is not my favourite genre but I did enjoy these short stories. Would read more.” – P.

What People Are Saying: 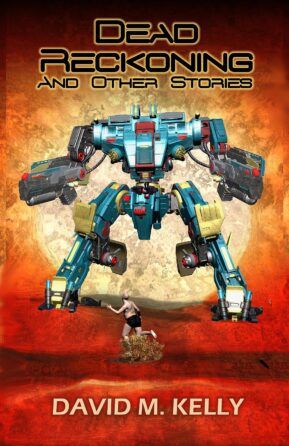 Toward the end of Dead Reckoning I was rooting for the bad guy! It takes a skilled writer to develop a character so well that you change your mind about him. I won't say more because I don't want to spoil it too much. I look forward to reading more stories by this author.

Latrese
The description says quite a bit about the stories contained, but it does not prepare you for the roller coaster rides each of them contains.

K. Caffee
Well written and imaginative, each story is complete unto itself, yet still managed to leave me wanting more. I loved how they overlapped and the occasional bits and pieces of one could be found in another. After a while, I found myself looking for these neat little instances and smiling when I found one.

Dead Reckoning and Other Stories

Dead Reckoning And Other Stories. SF with attitude! Looking for SF that’s intelligent, action-packed, and humorous? This collection of ten short stories features a cast of characters all in need of some serious therapy.

Hector discovers life after death ain’t easy when your shorts itch and your ass belongs to a whip-wielding giant.

And Murphy’s fighting to keep the peace as his team of geeky scientists and a gung-ho lieutenant investigate a mysterious alien ship—all while dealing with his own case of Murphy’s Law.

First Contact is always complicated, especially when you have to call in cranky old relic, Casteneda, to bail you out.

Fresh off the battlefield, Matt Holbrook is also grappling with a perplexing new species, but all he wants is to make it home.

And Earl Duarte is in for some interesting pet therapy in How Much Is That Doggy?