Well, it’s that time of year again. The world around us is blanketed in copious amounts of the white stuff, and the temps have dropped to a bone-chilling -20 celsius! Luckily for me, I don’t have to go out in it now that I’m a full-time author. Unfortunately, my lovely wife still has to commute to her job, which I don’t envy at all (and we have a standing rule that if she doesn’t want to drive on any particular day that I will do the necessary).

Someone else I don’t envy is Bill Ochs, project manager of the James Web Space Telescope. There are many jobs that would be undoubtedly fascinating at NASA, but that isn’t one I’d want to take on.

Project manager is a job I did for many years, and one that is highly stressful at the best of times. It’s basically your task to make sure everyone else does their job. Part of that also involves risk assessment and mitigation.

When undertaking risk analysis, you try to imagine every possible thing that can go wrong, and plan to avoid, offset, or minimize that possibility. Sounds easy, right? Except, how do you know you’ve thought of everything?

Remember the Hubble telescope? Everyone thinks of it now as an amazing success, producing breathtaking images with details we’d never seen before. But, shortly after it was launched, scientists realized there was a tiny flaw in the mirror that would make it almost useless. The HST had passed hundreds of tests before launch, but none of them had caught this tiny misstep and the team faced the possibility that the millions of dollars spent on it were a write-off.

Luckily, thanks to some amazing work on the software, along with the addition of a corrective lens, the HST team pulled a veritable rabbit out of a hat and made good on the mistake. But imagine the stress! 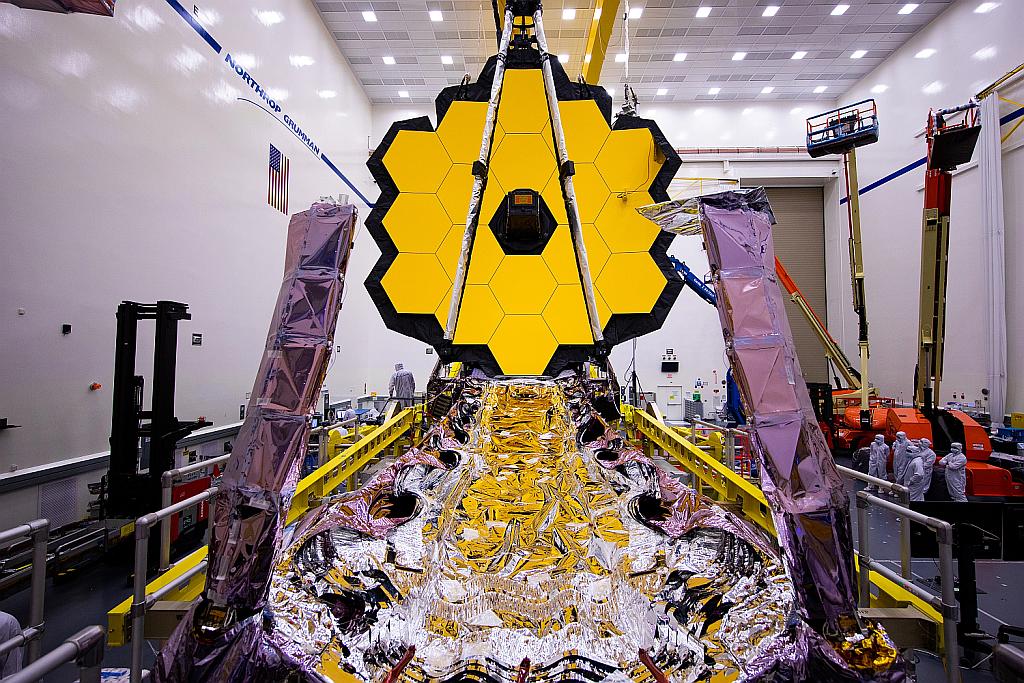 The JWST is bigger, and more complicated, than the HST, which means more potential for something to go wrong, and no matter how hard you try, there’s always the possibility that you’ve missed some tiny insignificant-seeming problem–the unknown-unknowns to paraphrase.

And once it’s in position, if something is discovered, how do you fix it? When the Hubble was launched, the US had the space shuttle to perform the corrective mission–that’s gone now, making any such task vastly more difficult.

Now, imagine you’re the guy in the hot-seat: the one ultimately responsible for making this happen, for ensuring that every one of millions of decisions, operations, and tasks are completed, and done flawlessly. And you don’t even know everything that might go wrong. Feeling the sizzle yet?

Good luck to everyone involved in the launch of the James Web Space Telescope!