What makes a planet?

Astronomers have struggled with the definition of a planet for several years now, and the debate resulted in the controversial decision by the International Astronomical Union (IAU) to demote Pluto to the status of “dwarf planet” in 2006. Many people, including myself, were unhappy with this, having been raised on the idea that it was the ninth planet of our solar system. You can’t bring up a whole generation of kids and drill them into thinking there are nine planets–including Pluto–then suddenly turn around and say “Nyah! Nyah! Fooled you!” 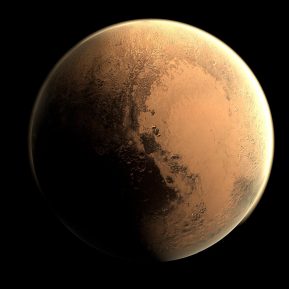 Pluto fails on the third point–it hasn’t cleared its orbit. Pluto is in a region called the Kuiper Belt, and this region contains a large quantity of other objects in similar orbits, some of which (Eris, for example) have more mass (though Eris is smaller than Pluto in volume).

The trouble is that strict application of the IAU definition would mean that Jupiter, Neptune, Earth, and Mars would also not be planets as they all share their orbits with a number of asteroids (i.e. not cleared). This has led many astronomers (and lay people) to reject the definition and say we need something better. Well, I’m not an astronomer (and don’t play one on TV!) But I have a definition that I think fits the bill.

If you ask anyone, from a kid to an adult, to draw a planet, they’ll draw the same thing–a circular object floating in space. So that has to be the first point of definition.

1. A planet must have achieved hydrostatic equilibrium through self-gravitation–in other words it must be large enough that it forms a spherical shape.

Again, pretty much everyone would agree that a planet is in orbit around a star, not another planet. So that gets the next point:

2. A planet must be in orbit around a star, and not another planet.

So a “planet” that qualifies under rule 1 but fails rule 2 is a moon or satellite. Anything that meets both is a planet. But there are other cases. Some people call Pluto and Charon, its moon, a double planet. So what could the definition be for that?

A double planet is where two planets are so closely sized relative to each other, that they would both qualify as planets in their own right, if they were on their own. In such a formation neither of the planets orbits the other one in a traditional sense, but instead they orbit a common point known as the barycenter–a point at which the mutual gravitation between the objects balances. This point varies depending on the relative mass of the two bodies and may be inside the radius of one or the other, or external to both.

To me it seems clear that if the barycenter is outside both objects, they are mutually orbiting each other, rather than one orbiting another. So a double planet would then be defined as:

3. A system where two (or more!) planets are in orbit around a barycenter that lies outside both (all) of the bodies. Which would mean that in Pluto’s case, it would be both a planet, and a double planet, with Charon. Interestingly, the Moon is moving away from the Earth at approximately four centimeters a year, so in a few million years the earth moon barycenter will be outside both bodies, and would therefore change classification to a double planet (by my ‘rules”).

Under this definition the solar system would have several more planets. For example Ceres, in the asteroid belt would be classed as a planet as well as both Pluto, and Charon, and several of the other KBOs, such as Makemake, Eris, Sedna, Quaoar, and others.

For what it’s worth, that would make me happy–I see no reason why we should artificially limit the number of planets we recognize–how about you?

Do my non professional ramblings sound plausible, or way off the mark? Let me know! 🙂