Like any science fiction fan, I love spaceships. Whether they’re real or fictional doesn’t matter too much. It’s just the idea of being to fly off into space and (ultimately) the awesome thought of being able to visit other worlds. But everyone knows not all space ships are created equal, so here are my top ten! 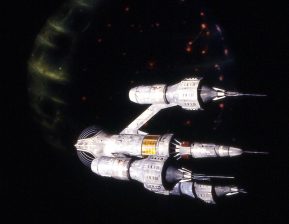 The Liberator was featured in the BBC series “Blake’s 7” and was so much a part of the show that it was considered one of the main characters (there were only 6 human characters in the show originally, with the Liberator making up the eponymous seventh). I watched this after seeing the original Star Trek shows, and it was the second ship I really fell in love with. When the ship was destroyed, I have to admit to crying at its loss. It was replaced in the final series by the Scorpio, which was nice, but not even close to the place the Liberator had in all fan’s hearts. 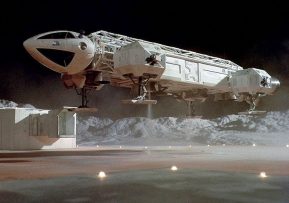 The Eagle was Space 1999’s all-purpose vehicle created by Brian Johnson (who later worked on the Alien and Star Wars movies). It used an open frame concept and looked very much like the kind of thing that NASA might design. This was a ship that you really could imagine stepping into and flying around the moon. Although designed to work in the lunar environment, they did appear to work in atmospheres successfully too and were a mainstay of the show. 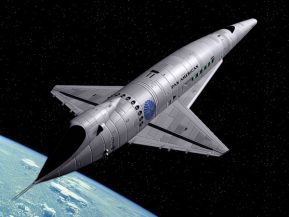 The Orion III was the beautiful spaceplane that appeared in the balletic sequence docking with the space station in 2001 A Space Odyssey, to the luscious sound of Strauss’s Blue Danube. When I saw the movie I was mesmerized by the incredible artistry of these sequences and how they managed to look so incredible and real. The ship itself was a two-stage design that launched on a reusable winged booster, which unfortunately was never seen in the movie. 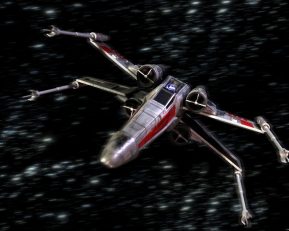 ‘m not a big fan of the Star Wars movies, but they did feature a long list of spaceships, many of which were very impressive (and highly merchandisable!). The one I liked the most though was the X-Wing, a small single seat fighter that looked like the kind of thing any boy would want to jump into and head for the nearest battle. Though to be honest, I could have done without the bleeping fire-hydrant stuck in the back! 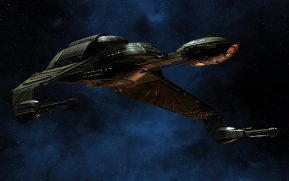 Although the good guys have plenty of nice ships, I sometimes think that it’s the bad guys who have some of the coolest. The Bird of Prey in the original Star Trek series wasn’t much to look at, to be honest (especially compared to the Enterprise). But the new design that came with the movies was simply breathtaking and almost reversed the situation in a stroke. The detail is amazing and the design would scare the pants off any space traveler, especially with those folding eagle-like wings. 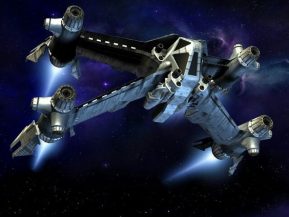 I wasn’t a fan of many of the ship designs in B5. Although many were deliberately alien, they often appeared rather ridiculous and simply impractical. But the Starfury was the exact opposite. It looked largely functional and convincing and had the “just cool” factor reminiscent of the F-16 jet fighter. In some ways similar to the X-Wing, this pulled off a similar design with more bravado and looked tough enough to fly through a star. 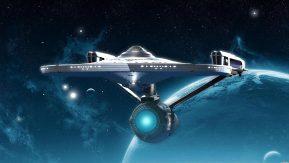 While I loved the Enterprise from the original series, for me it was beaten hands-down by the “refitted” version that we saw in the original-cast movies (before Abrams came along and screwed everything up!). This was a subtle reworking of the original that added a modern update, while staying in harmony with the original. It was time to fall in love all over again, and I did. And when the ship was destroyed in Star Trek 3, I cried even more than I had at the destruction of the Liberator! 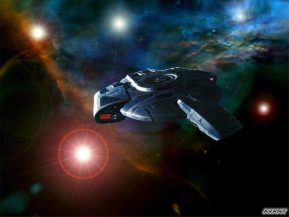 For me, this was the ship that gave the Federation something as cool as the Klingon Bird Of Prey. It threw the typical Trek design book largely out of the window and yet still managed to look complimentary with the other ships featured in the various series. According to the show, the ship was originally designed to fight off the threat of the Borg invasion and was described by Chief O’Brien as “overgunned and overpowered for a vessel of its size.” The ship was so powerful that it nearly tore itself apart before the Chief did extensive work on perfecting the design. When you add in that it was the only Federation ship to have a Romulan cloaking device–that just adds to the cool factor. I want one! 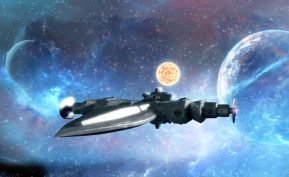 Okay I said ten, but here’s a bonus 11th and a shameless plug! My first novel “Mathematics Of Eternity” featured the Ananta (Sanskrit for The Infinite), a prototype starship that could potentially take people to other star-systems. The Ananta is an uncrewed research vessel but important as the springboard for the Joe Ballen series. The series is set approximately one-hundred and fifty years in the future and focuses on the first tentative steps of humanity reaching out into interstellar space. This is an idea I find fascinating, as in most books/movies/shows interstellar flight is commonplace, and people are already “out there.” The ship makes use of Casimir reactors to produce endless power from virtual particles, and is equipped with a Jump drive that can open Bronikov Fissures allowing the ship to slip through tears in Manifold space. The Jump itself is instantaneous, but the fissures can only travel a certain spatial length before collapsing, limiting the maximum Jump length.

There you have it, that’s my round up of favorite spaceships. On a list this short, there are lots I had to miss out. What do you think? Agree? Disagree? Let me know 🙂