I started writing several years ago and my first “serious” work turned out to be a novel called “Eye Of Time.” I was ecstatic when I finished it and even sent it off to Tor but quite quickly realized it wasn’t up to the quality needed for publication (sorry, Tor!), and so it was shelved.

I went back to the drawing (writing?) board and learning from my first endeavor, I wrote another novel called “MindLock.” Though I felt I’d improved, I still wasn’t too happy with the end result and, as I hadn’t yet discovered the “joys” of editing, it was goodbye to that one and on to the next. 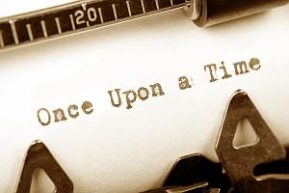 Third time lucky? Hmmm–not quite. The next book started off well and had its good points, but there were still problems. The confidence I’d felt doing the first couple evaporated, and I abandoned it about half-way through. One of the big difficulties with working this way is that writing a fifty to a hundred-thousand words novel takes a fair amount of time. I needed a writing process revamp! After reading some (all?) of the then available “how to write” books (especially the ones by James Scott Bell), I decided I needed to plan my work more, but I I also decided to try and write short stories.

Shorts are a great way of developing your writing skills. They don’t take long to write, so you can afford to experiment, and they’re easy to share with people for feedback. Plus they’re a wonderful way of helping you develop proficiency in producing tight, focused writing. (Like James Scott Bell, I believe anybody can learn to write, but it DOES take work and practice–and I’m still practicing every day!)

One of the first short stories I wrote, “A Is For Apple” came up in a conversation with a friend recently, and stirred fond memories. I had hopes for it and even subjected it to my as -then fledgling editing skills! But after many submissions and rejections, it ended up on my “do something with it someday” pile.

Then this week, I saw a news story discussing the use of blending virtual reality technology with opera in real time to create a new and excitingly vivid take on “Madam Butterfly.”

What’s so interesting about that, you’re probably thinking. Well, in “A Is For Apple” I came up with the idea for a futuristic fusion of opera and ballet (which I named Oprallé –pronounced Op-ra-lay). Here’s an excerpt from the story:

Prometheus hurled himself upwards in a desperate attempt to escape Jupiter’s wrath. The fire he had stolen clutched defiantly in his outstretched hand as the music reached crescendo in time with the Titan’s ascent. Just as escape seemed certain, ropes of glowing plasma rippled from Jupiter’s clawed hand. As the radiant globs of energy tightened around the lesser god’s legs, his flight slowed inexorably and despite tortured writhing he was dragged back to fall helpless at Jupiter’s feet.
The scene faded from view as the house lights brightened, accompanied by a bout of enthusiastic clapping. Elidia joined in even though she felt less than enthusiastic about the performance so far. Somehow she had never come to terms with the fusion of opera and ballet. Certainly it was far more of a spectacle than the traditional forms; the three-dimensional projections and special effects ensured that. The visible characters were simply electronic projections of the real performers who were tucked away out of sight, acting out the movements seen in the show from inside MoCap booths.

And now, it’s real! Strange as it may sound that’s such an amazing feeling. Imagining something so seemingly ridiculous all those years ago and now they’re actually doing it. That’s one of the reasons I love science fiction so much–sometimes it comes true (and in a nice way!)

The story has been gathering dust for a while. I almost included it in my Dead Reckoning collection, but it didn’t make the cut. Maybe it will be in the next one.

But, that’s not the end of it. I’m currently editing my second real novel “Perimeter,” and decided I wanted to include an entertainment that made use of the moon’s low gravity for one scene. I remembered Oprallé and realized it was perfect. So you see, it really is never over ’til the fat hologram sings!