In many popular science fiction works habitable worlds often seem plentiful. Every week, or in every movie, some new world and race is brought on stage (and sometimes ushered off equally quickly). Star Trek has its Klingons, Vulcans, and Andorians, among numerous others, while Star Wars has its Wookies, Hutt, Mandalorians, and of course, the despicably evil Ewoks. A lot of other SF is similarly populated, and in some ways alien worlds are one of the central themes of certain sub-genres within the broad category of science fiction.

Not too long ago, this was all speculation. Although astronomers were pretty sure that planets would exist around other stars, they had no way of actually knowing for sure. The famous Drake Equation made a stab at determining the number of worlds and depending on the pessimism of the probabilities used, typically resulted in the estimation that the number of the planets in our galaxy was in the millions.

Then in 2004, something incredible happened. The HARPS (High Accuracy Radial velocity Planet Searcher) spectrograph installed in ESO’s 3.6m telescope in Chile did what many had thought would be forever impossible–it detected the first ever exoplanet. For the first time ever we had conclusive proof that planets existed outside our own solar system! I remember reading the news and literally trembling with excitement at the possible implications! 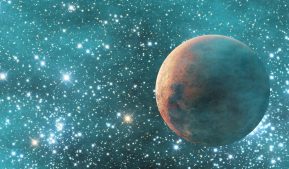 Since then HARPS has gone on to discover hundreds more exoplanets. Not only that but in 2009 the Kepler Space Obervatory was launched, which soon added many more worlds to the point where the number of confirmed observations now surpasses 3500 planets! The question of whether planets are “out there” is well and truly answered with a resounding “Yes!”

Despite this wealth of information, something still eludes us, and will do for some time. As yet we don’t know of any truly earth-like planets, nothing that we can say could definitely sustain life of some kind. We’ve found a few that maybe close, but nothing overwhelming. What’s more as we examine these distant star systems, they look less and less similar to our own. There are systems with hot-jupiters, huge gas giants that sit close to their stars and block the potential for forming what we would consider habitable worlds. There are also so-called super-earths, planets of a similar rocky composition as ours, but rarely in the star’s habitable zone, but again nothing that really stands out. 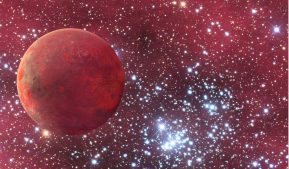 It seems the chances of finding an earth analog are in fact getting less the more we discover. In recent analysis, the “Goldilocks-zone” where a planet could possibly maintain liquid water (seen as a prerequisite for life), seems to be possibly bigger than was thought but the question of habitability also seems a lot more complicated. Not only that but astronomers also believe that the larger planets in our own solar system must have undergone “migrations” to get to their current orbits, leaving the predictability factor difficult indeed.

And other recent research suggests that even if a planet lies inside the habitable zone, there’s a strong chance that it would be “tidally locked”–where one side permanently faces its star. For us here on earth, the moon acts as a counter to the otherwise slowing of planetary rotation that occurs due to gravitational “drag” when a small object orbits a much larger one. Without a significant moon, this drag effect slows the planets rotational period quickly (in astronomical terms). On such a world live may still be possible in the very border between the constantly overheated side facing the star and the frozen “back” side. This narrow strip of moderate climate could result in what has been named a “ribbon world” (a phrase invented by the prolific science fiction author, Isaac Asimov) but the chances of life developing there are obviously seriously limited. 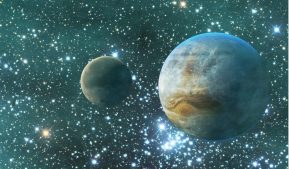 In my novelette, Three Lives Of Mary, the lead characters–a married cybernetic couple (CySaps) are scouts, looking for valuable planets. In the story I mention the idea that while planets are relatively common, habitable ones are far more rare, and I believe that this is an accurate reflection of reality. This idea features in several of my stories (though I’m certainly not against having some fun with the idea alien races too!)

While it’s always fun to think about the universe being full of all kinds of weird and wacky lifeforms (with or without pointy ears!), the truth is likely to be a little disappointing in comparison. In 2018, the James Webb Space Telescope will launch, with a light collector five times larger than the Hubble. Given its power we will get a lot more information on planets around the closest stars, and who knows? Maybe, with luck, we’ll be pleasantly surprised. 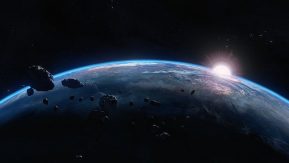