I’ve bought two Garmin hardware GPS units in my time. The displays were a little small by modern standards, but they worked well enough and were a wonderful enhancement to our frequent road trips. The additional comfort of knowing you can always find your way somewhere (even if you miss the occasional turn) is very liberating and a definite safety benefit as it frees you from worrying about maps etc. The GPS turned our sometimes frazzled cruises into carefree joyful pleasures.

A few years ago I decided to buy the Garmin Viago phone app. This looked very promising–offering the same navigation software as the dedicated units but in the handy package of your phone. I tried it a few times and it was okay. The app was a little glitchy perhaps, but I figured a company with the reputation Garmin has would fix such things in time.

This last weekend we took a cruise to Midland. It was a really nice place, and we had a fun weekend–the first of its kind since my surgery three years ago–but one thing that was annoying was the lack of a GPS to help us drive and find things.

I went on the Google store, found the Garmin app and downloaded it. I didn’t realize that the name had changed at first–it’s now called Navigon. But hey, they changed the name, so what?

This change became more significant when I realized that it wasn’t just a new name, but according to Garmin a new product, with the old one discontinued. What’s more, to get it to work beyond the trial, I have to pay $60 for the new one. That doesn’t seem too expensive, except for one small detail. I’ve already paid for three “lifetime” updates with Garmin–both hardware GPS and the Viago app.

I’m more than a little miffed at this, and I think justifiably. It seems like Garmin want to perpetually rip off their customers by deliberately making their own products obsolete, and this with what should be considered one of their better customers who has already paid the price multiple times for their so called “premium” features. Yes, I like the way the Garmin software works, having tried other different brands of hardware GPS and apps but, after all I’ve paid, I’m reluctant to cough up yet again.

I don’t know about anyone else, but this recent “pay forever” so-called service model is really starting to piss me off. I’m tired of being viewed as nothing more than a perpetual cash-cow. 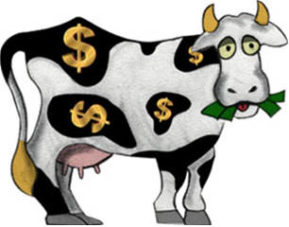 Addendum: I wrote the above before I looked further afield. Before I bought the viago app I bought another called Sygic GPS. At the time I didn’t like the Sygic system and found that the interface was confusing and unhelpful, which was why I bought the Garmin one.

Out of curiosity I downloaded it to my phone after the viago fiasco (hey that rhymes!) The UI has been simplified and improved and works in a similar way to the Garmin one. I’d paid for lifetime updates on the Sygic app and wasn’t really expecting much, so when I saw the option to buy the full product I wasn’t surprised.

One big difference though is that Sygic is half the price of the Garmin app! Secondly, when I signed in I found a new option–to retrieve my account licenses. Yes, after hitting the button the app remembered who I was and what I’d paid for, unlocking the navigation so I can use it with no charge. What a refreshing change–a supplier that honors its customers purchases!

To be fair. The Garmin one probably has more “points-of-interest” but with an internet enabled phone, finding the address of a place is not really the issue it was at one time.

I’m sure it’s not hard to guess which one I’ll be using! Bravo Sygic!