Is it me, or is there a (second) draft in here?

I don’t often talk about my writing process, mostly because it’s probably not very interesting to most people. Last week was a bit of a milestone week for me though, so here goes.

Despite having three separate hospital visits that did their best to play havoc with my writing schedule, I still hit my weekly targets and as part of that I completed the second draft of my novel codenamed MOE.

I have to admit this draft was something of a self-imposed labor. After I reviewed the completed first draft, I realized that there were some serious issues with it. The problem was that the first draft had come together in fits and starts over a very extended time frame (I refuse to say how long, it’s too embarrassing!). During this time i was juggling writing with regular employment , dealing with some major stress issues as well as some personal problems (all now happily resolved). As a result I wasn’t very focused and often struggled to get any writing done and often seemed to go two steps backwards for every one forward.

So major surgery was definitely needed. Usually when I finish something, I want to get it straight into my wife’s hands to get overall feedback from my first reader. This time there was no way I was doing that before I had chance to fix the big problems in the story. So Hil has been waiting (im)patiently for quite a while.

The process of redrafting has taken several months and  has entailed reworking several sections extensively and the addition of whole new sections and characters. Of curse, once you start adding new sections there are consequences in other parts of the story. These areas then  need reworking too and it snowballs until you’re almost rewriting everything to some extent.

Now Hil finally gets the chance to read it and the more general editing process can begin. I feel the story is much better for the time I’ve put in though and I think (hope!) it will be relatively straightforward moving on from here.

While the editing process continues I now get the fun of creating cover graphics, book trailers, ads and all the rest of the myriad tasks that go into launching a book as an indie author. Not to mention, completing the sequel, of course!

One thing is certain, there’s never a dull moment!

And talking of graphics, here’s a teaser of some of what’s to come, courtesy of “Popular Innovation”. 🙂 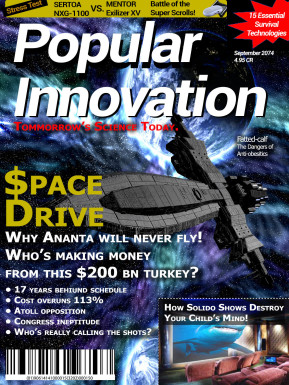