I recently had the opportunity to share my work at the Spangdalem Air base Comic con (special thanks to Keith Houin for helping with this). As I couldn’t make the event in person Keith suggested I make a greeting video that could be shown on the large screens at the conference.

Something many people don’t know about me is that I like to make a splash. I’m a curious mix of massive egomaniac mixed with an equally large river of self-doubt(Perhaps that’s something that affects all writers!). So when I decided to do the video, I wanted to do something a little different.
I’ve had a subscription to Adobe’s Creative Cloud for sometime and used After Effects to make the video trailers for the Dead Reckoning collection. So it seemed a natural idea to make use of that software to create my conference video. As a long time fan of special effects of all kinds this was an opportunity I couldn’t resist and my cunning writer’s brain soon came up with a plan. I’d send my greetings to the conference “from space”!

This might sound crazy, but in the dim and distant past I worked for a couple of games companies and also an indie film production group. The projects themselves are long lost in the mists of time, but I picked up some 3D and video skills that I occasionally still exercise for fun. I hadn’t taken on anything like this before though and had limited time, so I knew I had to keep it fairly simple. Here’s what I did.

First I built a planet in 3D. This sounds complicated, but really isn’t that hard. This article walks you through the process. It’s written for 3DS MAX, but the concepts are easily transferable to Blender and other 3D systems.

My planet didn’t come out exactly like the one in the article, but I was pleased with the result and animated a loop of video with the planet and its rings revolving. 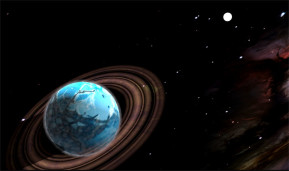 Then I hunted down a spaceship 3D model on the web. I could have built my own, but given the time scales I felt it was better to find a free model. After playing with the lighting and so on I rendered an animation of the ship moving “past” the camera and flying into the distance. I also built a simple “bulkhead” with windows as a backdrop to sit behind me. 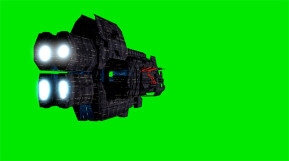 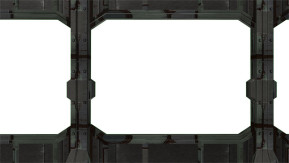 Next the real “fun” part — videoing myself speaking the greeting. I hate my own voice like many of us and am not a natural “public” speaker, so I found this very awkward. As Winston Churchill said, “Never, in the field of video production, has one short video resulted in so many bloopers.” 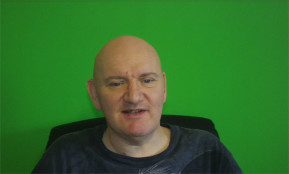 The trick here is to use a “green screen” effect. This is what film and TV studios use to mask people out and insert them into other environments. I found a great youtube video showing how to make a very cheap screen and set mine up for a few dollars. 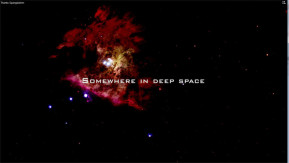 I brought all the clips in to After Effects, which makes combining them very easy. The green is removed from the layers using a process called “chroma-keying”. After setting up the timing of the individual tracks I added a “sci-fi” background noise and spaceship roar (both again downloaded from free internet sources). I added a brief intro title and a sprinkling of movie magic and that was it! One greeting video that’s a little bit out of the ordinary. 🙂 You can see the final version here. 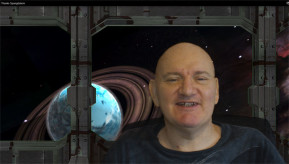 Once again, a big thank you to Spangdalem for hosting the event, the organizers Jarrod and Caitlan and especially Keith and the guys at Vorpal for making it possible. (Vorpal have just released their very first comic edition – so check it out!)