Hyperloop: Transport System of the Future

Elon Musk has revealed his ideas for a new high-speed transport system. His proposal describes a system where vehicles similar to trains ride through hoops on a cushion of air, propelled by linear accelerators. It’s an interesting concept, that sounds remarkably similar to the “ballistic trains” described in Robert Heinlein’s 1953 novel, Starman Jones.

This doesn’t devalue Musk’s ideas of course and his vision is much more detailed and engineered than Heinlein’s vision probably was. I say “probably” because it’s easy to underestimate how much thought Heinlein put into his work and ideas, many of which have proved remarkable prescient. 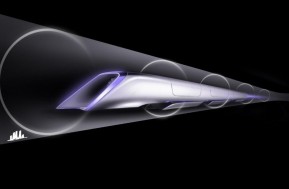 The system is described in almost reverential terms as both observers and Musk discuss the fact that his system would be virtually uncrashable and highly efficient (powered by solar energy), while the cost would be a fraction of that of more traditional transport systems (he estimates around a tenth of the price of California’s proposed $70 billion high-speed rail system). Musk also describes how the “rails” would avoid historical access issues by being raised above the ground.

Musk’s record is somewhat mixed. SpaceX is the most successful private space venture in history and an impressive achievement in anyone’s eyes. Tesla Motors however has been far less successful and has so far failed to make any real impact in the auto industry other than as a technology demonstrator.

I think Musk and others often suffer from a form of “technological blindness”, they think that high-tech equates with “good” and don’t really understand how other, less technology-obsessed people, could ever fail to agree with them. Uncrashable? Without too much effort on my part, I can think of half-a-dozen ways the Hyperloop could fail. No such system has ever been built, so it would be somewhat of a miracle if it was built “right” the first time. Traveling at 1200 km/h ensures that any failure would be over before anyone knew what was happening and would result in a 100% fatality rate. 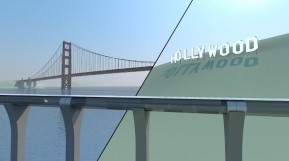 Also, the “access” issue isn’t going to magically disappear and sticking the Hyperloop up in the air doesn’t seem likely to help a great deal. Just look at the objections frequently seen regarding relatively innocuous wind-power turbines and overhead power lines. Having a high-speed “train” running through your backyard is not likely to be a situation many people are comfortable with.

Despite all this, I hope that Musk can pull it off. Our current transport systems are antiquated and inefficient at best, idealizing design values at least a century old.  He has described this as an “alpha design” and wants other engineers to step up to help refine his ideas in an open-source type of project. He also says he hasn’t much time to devote to making it a reality, which is not surprising given his other commitments.

It’s a bold idea and we need bold ideas. If the project goes ahead, they might find it’s not as straight-forward as they think, but without overcoming setbacks there can be no progress. Per ardua ad astra.