The Space Plane that wouldn’t die

In June, Reaction Engines plans to test its revolutionary SABRE engine, the key technology in its plans for the Skylon space plane. If successful, this will release further private funds that will enable the entire development programme to go ahead.

Skylon was developed from the HOTOL proposal from Rolls Royce and British Aerospace in the 1980s – a project cancelled by the British government through a systemic lack of vision for any space-related venture. 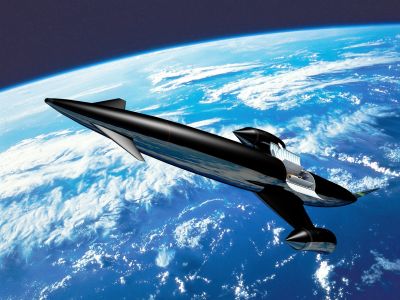 Despite having funding withdrawn, Alan Bond kept the dream alive and founded Reaction Engines, which is now on the verge of being able to put together a true Space Plane.

Unlike the space shuttle, Skylon doesn’t require booster rockets and is designed to be fully automated. It takes off and lands like a conventional plane and operates like a regular jet for the first part of its journey to space. Once the air gets too thin to support jet operation, the Skylon changes to a rocket to boost itself into Earth orbit.

Once the mission is complete, Skylon re-enters the atmosphere and glides to a landing, again operating like a regular aircraft.

The potential of Skylon to cut the cost of accessing space is remarkable, offering the benefits that the shuttle promised but was never capable of delivering. Interestingly, NASA will today announce funding for private spaceship companies. Wouldn’t it be amazing if they displayed real vision and invested some of that in the Skylon?

Sadly, Reaction Engines is a British company and I’m sure NASA will only invest in U.S. based companies for, ahem, ‘political’ reasons.

The other unfortunate reflection is that the world could have had this technology twenty-plus years ago, if the British Government had invested in it. Development costs are estimated at $15 billion. Compare that to the $200 billion spent on the shuttle or the trillions of dollars spent on bank bailouts…

I know where I’d rather my money went.